Horror Movies That Made a Lasting Impact on the Genre

‘Tis the season for horror movie marathons. In honor of the arrival of October, let’s take a look at a few of the most iconic films from the genre.

I still remember attending my first Trivia night back in 2013. A group of my coworkers were discussing some options for happy hour venues and when we saw that a spot down the street was hosting a Trivia Night, we decided to go for it. I was instantly hooked. When the opportunity arose to join the Last Call team, I was ecstatic. Working with a talented and creative team to spread my love of trivia across the country-what could be better! I currently manage sales and outreach in our west coast areas. Outside of work, I love to travel and am also an avid equestrian and Disney movie lover. 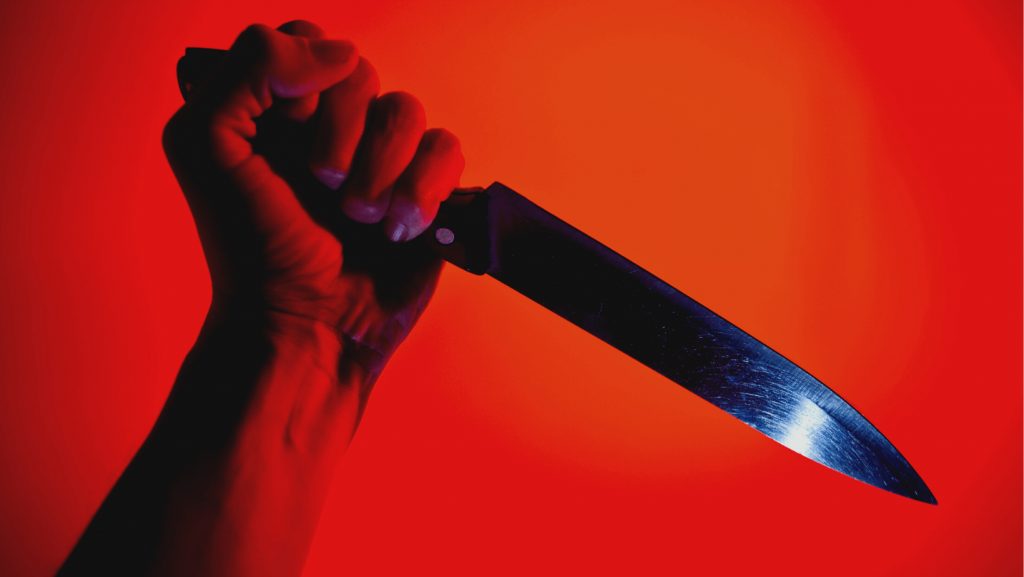 Widely considered to be one of the most iconic horror movies of all time, Alfred Hitchcock’s 1960 film Psycho remains an influential contribution to the genre to this day. The movie is based on Robert Bloch’s 1959 novel of the same name. Hitchcock snagged the film rights to the novel for just $9,000, or the equivalent of about $83,000 today. Which is quite a deal, considering the movie’s remarkable success.

Looking back at the legacy of Psycho, it might be surprising to learn that the film’s production company, Paramount, wasn’t optimistic about the project. In order to move the production forward, Hitchcock agreed to both pay for the film out of his own pocket and forgo his director’s fee in exchange for 60% ownership of the film. The uncommon arrangement ended up being extremely profitable for Hitchcock. It was his most financially successful film, bringing in $32 million at the domestic box office during its first theatrical release.

The film might be best known for the infamous scene in which the apparent lead character, Marion Crane, is murdered in the shower. But that isn’t the movie’s only revolutionary bathroom-based moment. Psycho was the first American movie to show a toilet on screen and the first to feature the sound of a toilet flushing. Despite seeming relatively commonplace now, these small details helped advance what other filmmakers were willing to include in future projects. Hitchcock earned his fifth and final Oscar nomination for Best Director for his work on Psycho. And although the award ultimately went to Billy Wilder for The Apartment, Hitchcock’s films have continued to influence horror movies over the decades. 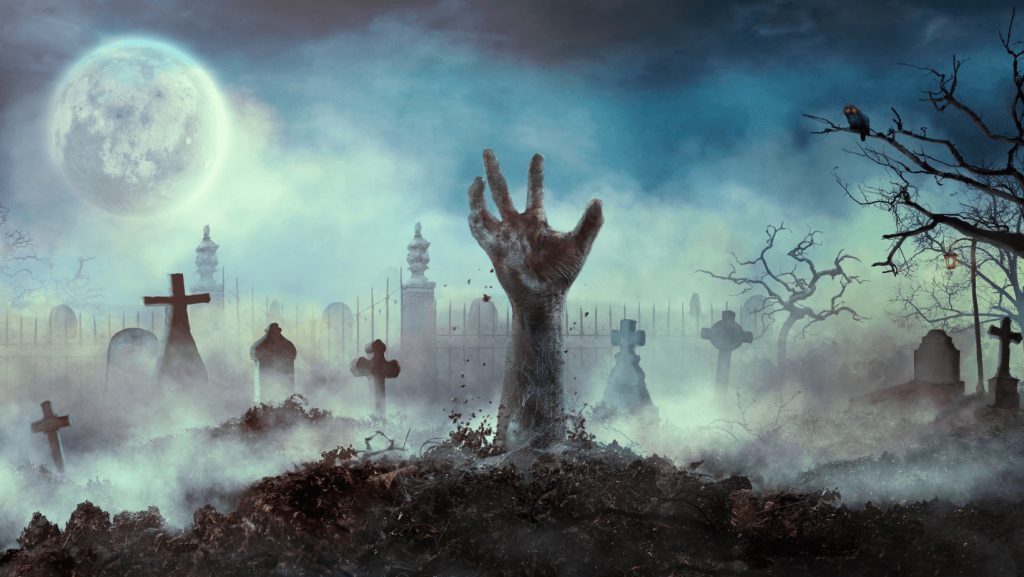 Introducing Zombies To The Masses

Today, zombie stories are a popular subgenre of horror. If you enjoy the influx of zombie content, you can thank George A. Romero for introducing his version of the creatures to the mainstream. In 1968, Romero and several of his friends pooled their money to fund his first feature, the low-budget film, Night of the Living Dead. While it wasn’t commercially successful at the time of its release, it has since become recognized as a horror movie masterpiece. Romero’s zombies were unrelated to the Vodou zombie that had influenced most lore until that point. His creatures were shambling corpses that fed upon the living, and they went on to become a mainstay in film and fiction.

In the decade following the release of Night of the Living Dead, Romero branched out into other subject matters for his projects. But while Romero was touring Monroeville Mall in Pennsylvania, inspiration for another horror movie struck. During the tour, he was shown a crawlspace where various supplies were stored. This made him wonder what might happen if people holed up in the mall during a zombie apocalypse. Acclaimed Italian director Dario Argento offered to help Romero with financing and a script for the movie, and so he got to work on his next zombie film, Dawn of the Dead.

Romero’s 1978 Dawn of the Dead was filmed at the location of his original inspiration, Monroeville Mall. Since the mall was still operational, the crew had to shoot exclusively at night. They began at 10 PM when the shoppers were cleared out and ended at 6 AM when the mall’s prerecorded music loop began playing for the day. Locals were excited about the film and many appeared as extras, including National Guardsmen and police officers. The legendary sequence in which a biker gang raids the mall also features real bikers from a group called The Pagans, who brought their own motorcycles for the shoot. In addition to the ongoing influence Romero’s work has had on horror movies, Dawn of the Dead also received a 2004 remake that performed well at the box office, bringing in $58,990,765 domestically and $44,462,110 internationally. 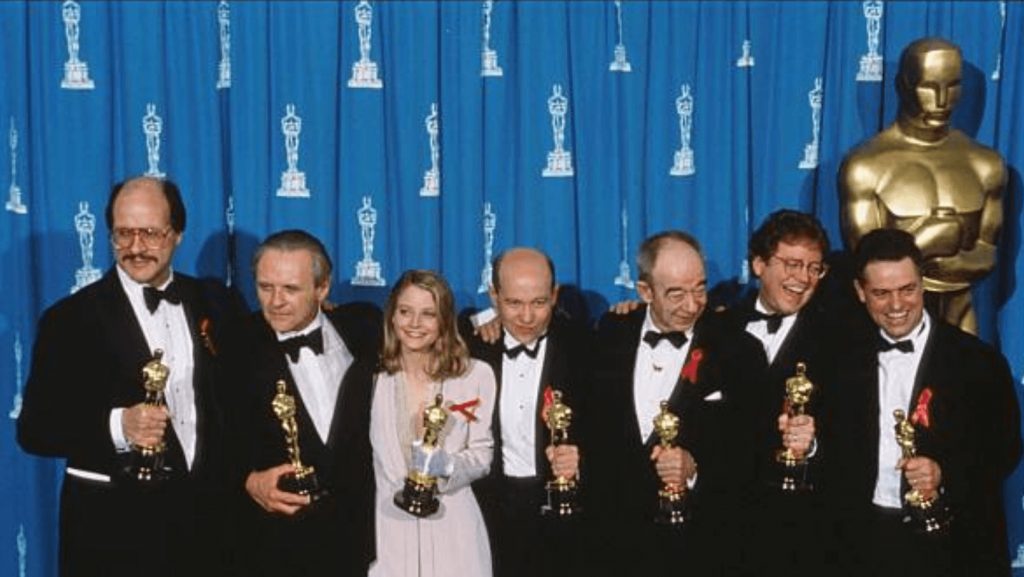 The most recent horror movie to earn a Best Picture nomination was the 2017 film Get Out. Get Out was Jordan Peele’s film directorial debut, and the movie also earned nominations for Best Actor, Best Director, and Best Original Screenplay. Peele took home the Oscar for Best Original Screenplay, making him the first Black screenwriter to win the award. In addition to critical praise, the film also saw great financial success. Get Out brought in $175,686,870 at the domestic box office, making it the second-highest-grossing horror movie of 2017. Which isn’t too shabby, considering the fact that the only horror film to bring in more at the box office that year, the 2017 It remake, went on to become the highest-grossing horror movie of all time, raking in $328,828,874 at the domestic box office and $372,254,168 internationally.

PRESIDENTS - What does the H.W. stand for in the 41st U.S. president’s name?

GAMES - A pioneer in arcade games, home video game consoles, and home computers, what company’s name comes from the Japanese verb meaning, “to hit the target”?

BOOKS - Strangers from Within was the working title of what classic novel about a group stranded on an uninhabited island and their disastrous attempt to govern themselves?

Lord of the Flies

TERMS - Commonly used to distinguish sections in many stadiums, what term is defined as a low story between two others in a building, typically between the ground and first floors?

SPORTS - What father-son baseball players both finished their careers with 319 home runs each?

Get the weekly Trivia email that quenches your thirst for knowledge. Stay curious and sharp, for free.

Hints for 1/22 – 1/28 | A Thief’s End, Much Ado About Nothing, Seasons in the Sun, Sing, St. Elsewhere, The Constant Gardener, and The Tell-Tale Heart